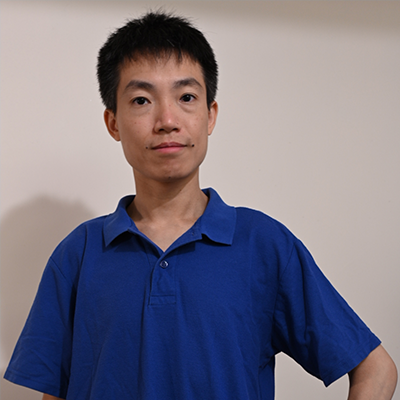 Shun A. first came across a copy of Eat Right 4 Your Type in a public library, where he found Dr. D’Adamo’s book published his native language, traditional Chinese. Initially skeptical of the concept, he decided to give The Blood Type Diet a try. The results, he says, were amazing.

“My journey was fantastic! I followed the program by excluding Avoids for my blood type—like red meat, eggplants, cabbages and potatoes—from my meals and replacing them with [Beneficials such as] soy foods, green vegetables like broccoli and spinach and freshwater fish,” he says. “I then successfully lost one to two kilograms every month without any rebound.”

“I work as a senior human resources assistant for a university, which requires me to answer verbal and written inquiries, and analyze case regulations,” he says. “Following The Blood Type Diet has helped me to keep a clear mind. I no longer feel fatigued after eating, and at the end of the work day I still feel energized, instead of tired and ‘out of fuel.’”

Shun adds that his immune system is stronger, eliminating the normal two or three colds he used to get a year prior to going on The Blood Type Diet. Based on his positive results, he pays detailed attention to what food he puts into his body.

“I stay vigilant of the ingredients on food packaging, reading them thoroughly and checking everything against the  Typebase V database to make sure they are Beneficial or Neutral before purchase,” he says, adding that his increased energy and good health have had another benefit as well.

“I haven’t had a cold or flu since 2016. With less money to spend on seeing doctors, I can enjoy more salmon and kale!”