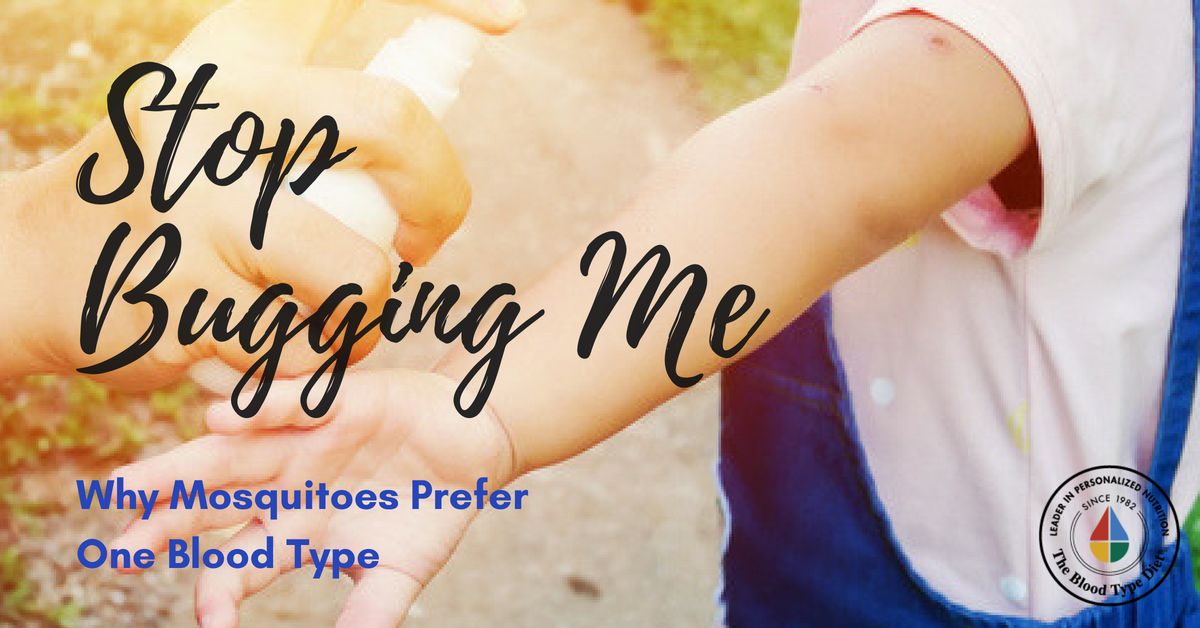 Have you ever returned from a summer barbeque bugbitten and raw — only to find friends unscathed?

Sometimes it can feel like mosquitoes are deliberately singling you out. Unfortunately, if you have Blood Type O, that thought may not be entirely wrong.

A 2004 study published in the Journal of Medical Entomology found that, in a controlled environment, the insects landed on Type O individuals nearly twice as often as on Type As. Type Bs and ABs experienced moderate bite counts.

Looking at the science, the variation in preference makes sense.

Both the common mosquito Ae. aegypti and the allele for Type O blood evolved in Africa. Researchers speculate that the easy regional availability of Type O proteins may have conditioned the bugs to prefer O over A, B, and AB.

Millions of years later, their predilection still holds, passed down through DNA.

The Importance of Genetics

A European study, published in PLOS One in 2015, provided further evidence for the key role genetics plays in determining a mosquito’s next target.

Researchers evaluated the relative number of insects landing on identical and fraternal twins. They found there was a high correlation between landing rates for the former, which have the same DNA, as opposed to the latter, which do not.

This suggests the genome — and, researchers speculated, specifically those alleles that control blood type — may be a determining factor in bug bite susceptibility.

Regardless of your ABO profile, there are chemical-free steps you can take to minimize your encounters with mosquitoes.

Don't know your blood type? Find out in under six minutes with our easy-to-use Original Home Blood-Typing Kit.