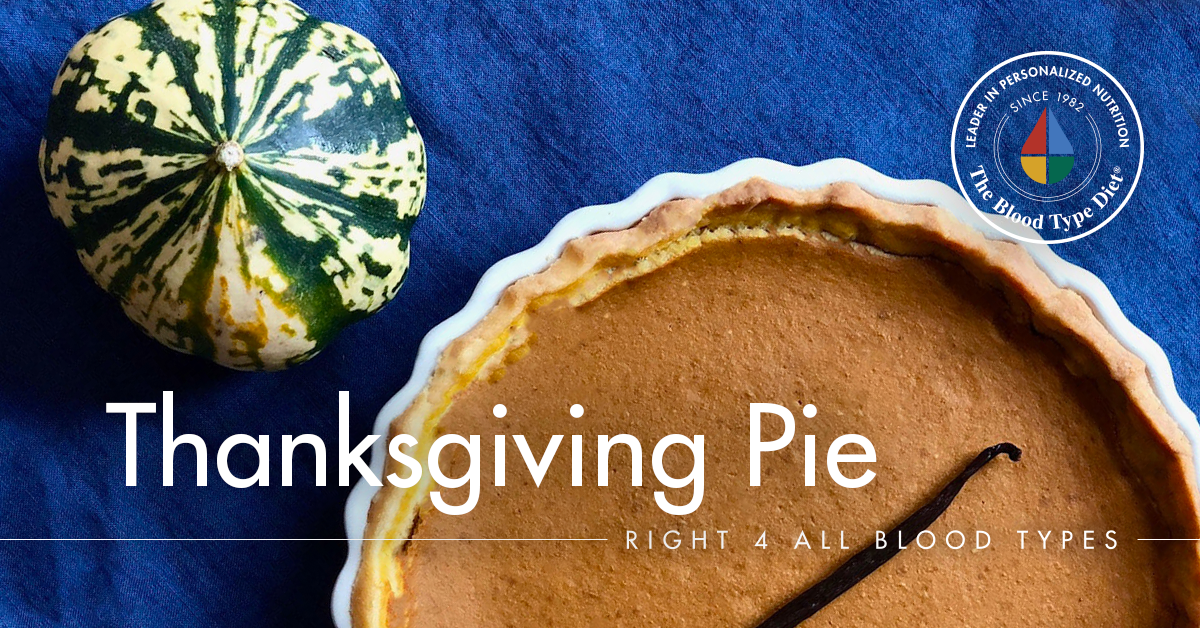 Thanksgiving is a time to express gratitude and gather with family and friends for a hearty meal. However, the traditional feast would be incomplete without a classic pie. The dessert as we know it has gone a long way since its creation. Legend has it that early American settlers in New England used to bake a creamy mixture of honey, milk and spices into pumpkin shells, which then transformed into a glorious pie. Below, you’ll find a squash variation for you to try this holiday.

*Nutmeg is an avoid for Type O secretors

**Cinnamon is an avoid for Type O non-secretors & Type B's

***Almond milk is an avoid for Type O non-secretors; substitute with rice milk